Use the software you love!

Intensity works with the software you love to use! Use DirectShow™ and QuickTime™ software, or the World's most popular editing software such as Media Composer™, Final Cut Pro and Premiere Pro. You also get Photoshop CC plug-ins to grab and output frames, plus real time preview in Fusion and After Effects CC. No other cards support more software on Windows, Mac OS X or Linux, so you have the freedom to work with your favorite tools! 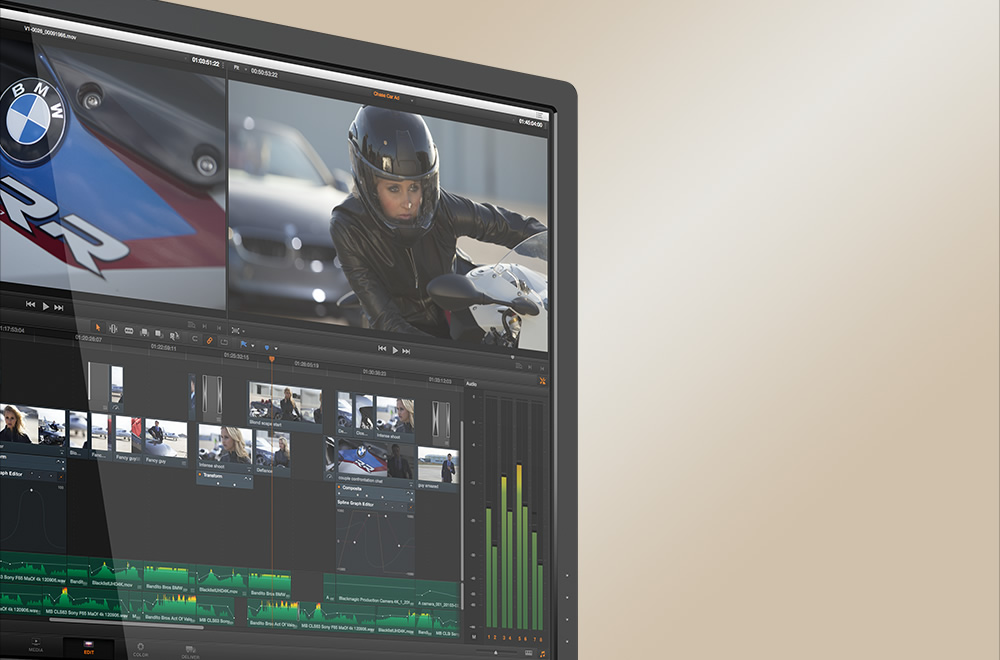 DaVinci Resolve combines the world’s most advanced color corrector with professional multi track editing so you can move between editing and color grading with the click of a mouse! You get professional editing tools like ripple, roll, slip and slide along with context sensitive trimming tools that make it fast and easy to edit your story together. DaVinci Resolve’s legendary image quality and unlimited color grading tools let you create looks that aren’t possible on other systems. DaVinci Resolve is included free with Intensity so you can start using the same powerful tools used on more Hollywood feature films, television shows and commercials than any other! 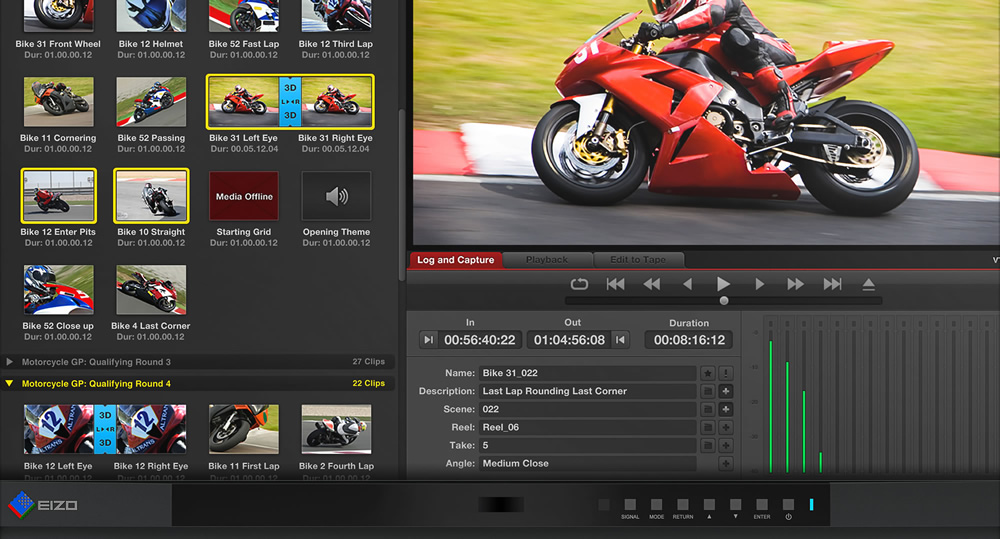 Media Express is included free with Intensity and is packed with features to help you easily manage and organize your video when you don’t want to deal with the complexity of using more complicated editing software. You can install Media Express software on every computer you use for either Mac OS X, Windows or Linux. Media Express includes loads of smart features that make it simple to work with compressed and uncompressed video in 2D and even 3D! Media Express is also perfect for working with applications like Final Cut Pro X and After Effects software that don’t capture video on their own.

Edit in Final Cut Pro with Intensity, while using the highest quality uncompressed video, or choose DVCPRO HD and ProRes 422, which are higher quality and faster than native HDV. When playing back video, you get full RT Extreme™ real time effects, all with sample accurate AV sync. Intensity supports many of the advanced Final Cut Pro features such as 10 bit rendering, RT Extreme™, and support for ProRes 422, HDV, JPEG, DV, DV50, DV100, 8 & 10 bit uncompressed media types. 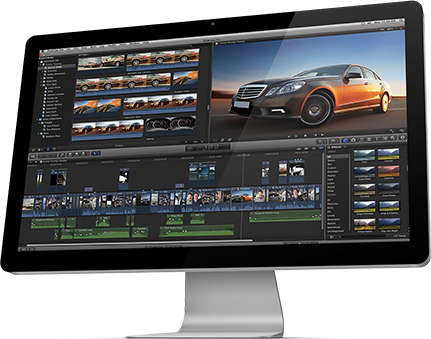 Avid Media Composer has been the choice of professional editors for over 20 years. The Avid Media Composer family of software, including Avid Symphony and Avid NewsCutter, provides fully integrated support for Intensity. Capture and playback in full uncompressed quality, or directly in Avid DNxHD or other popular compressed video formats. Media Composer 7 has fast and familiar operation and it’s new 64 bit architecture plays back complex layered effects in real time. Intensity lets you capture, edit, monitor and playback with Media Composer 7, making it the perfect choice for professionals who need the best Avid workflow on Mac OS X and Windows 8. 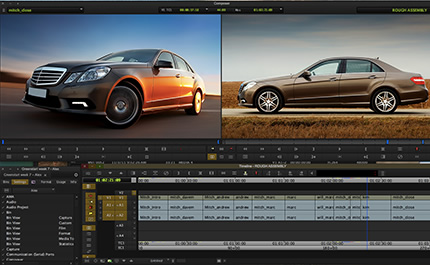 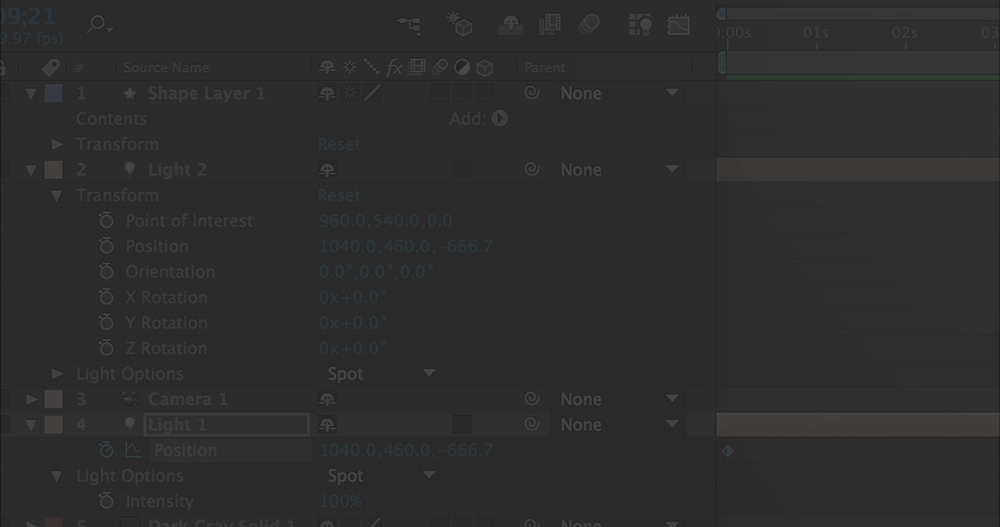 Intensity even allows high end design and effects work, great for the special effects you've always wanted in Independent Films, use After Effects CC, Combustion™, Photoshop CC and more. Intensity also includes an RGB QuickTime™ preview output for After Effects and Fusion. And, you can always preview on the video-out interactively as you design and then play pre-renders using real time ram preview. When rendering your project, processing quality using the Blackmagic codec is full 16 bit, so you always get the advantage of uncompressed video.

Intensity includes special Photoshop plug-ins, so you can directly capture and output still frames from within Photoshop. Outputting Photoshop graphics from Intensity lets you see the correct color and the effects of video interlace and field movement. Intensity uses the correct video levels so you can't get illegal 100% RGB video levels eliminating, surprises when graphics are displayed!

Sony Vegas Pro works seamlessly with Intensity Shuttle for an incredible SD and HD editing experience! Use powerful video effects and versatile audio editing tools while previewing your work in real time even with full HD projects! Capture up to 10 bit uncompressed so you can start with the best possible image quality for your Blu-ray Disc creation or Windows Media 9 content distribution. 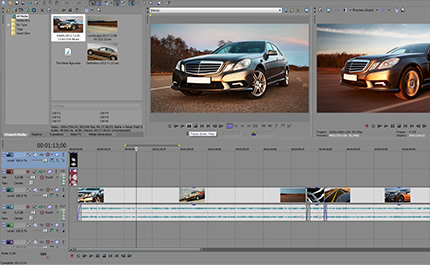 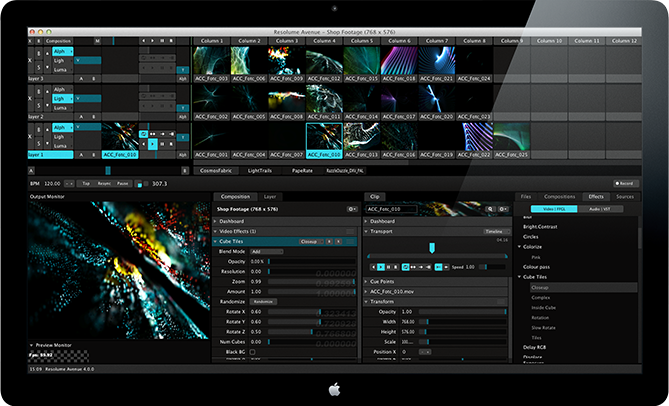 If you’re a live VJ using software like Resolume, you can use Intensity for capture and playback right out of the box! You can capture and play back any QuickTime and AVI video files, as well as Flash animations and text overlays with your WAV and AIFF audio files!

Intensity is fully compatible with popular video and audio streaming software so you can get your live stream to thousands, even millions of online viewers! On Mac, stream live video with Flash Media Live Encoder, Wirecast and Livestream Producer. When streaming on Windows, you get compatibility with Flash Media Encoder, XSplit Broadcaster, Wirecast and Livestream Producer. Stream high quality video of live events, webcasts, educational seminars, presentations, concerts and more!

Intensity supports QuickTime on Mac, and WDM and DirectShow on Windows so you can capture high quality video straight into other audio or video applications so is compatible with virtually all software on Mac and Windows! Intensity includes Blackmagic Design’s Desktop Video SDK free of charge for Mac, Windows and Linux. The Desktop Video SDK provides both low level control of hardware and high level interfaces which allow you to easily perform common tasks. It even lets you develop once and then instantly deploy your solutions across other high end broadcast DeckLink and UltraStudio products from Blackmagic Design.

Thunderbolt™ capture and playback in HDMI and analog.

USB 3.0 capture and playback in HDMI and analog.